In Saint Louis there is never a break, a silence, a general pause. Somebody is always active, around the clock. That is why in our concert sounds are overlapping one another, in constant pulsation. We wanted to create a short noise concert, that would represent the life of the city from morning to late night, where the audience will be immersed in the waves of sounds of a different character – the morning awaking of animals, first calls of the hawkers, the noon market, street football games in late afternoon, evening lullaby, late night prayer. We ware mainly using vocals and simple objects. I was working with two groups simultaneously – university students and dancers from a dance centre.

During the concert the public was seated on the ground level, and the sounds were played around them and from the balconies above. 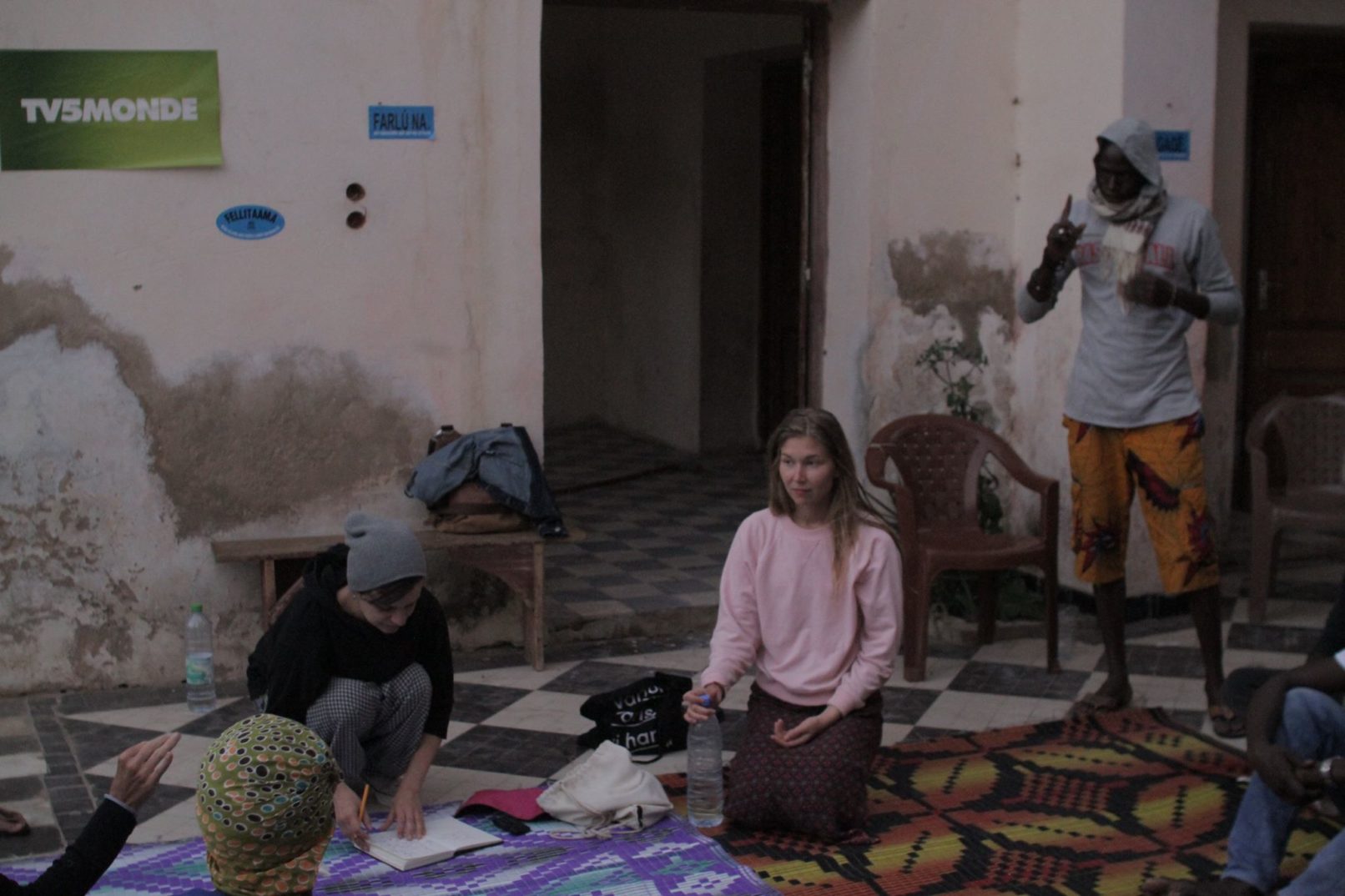 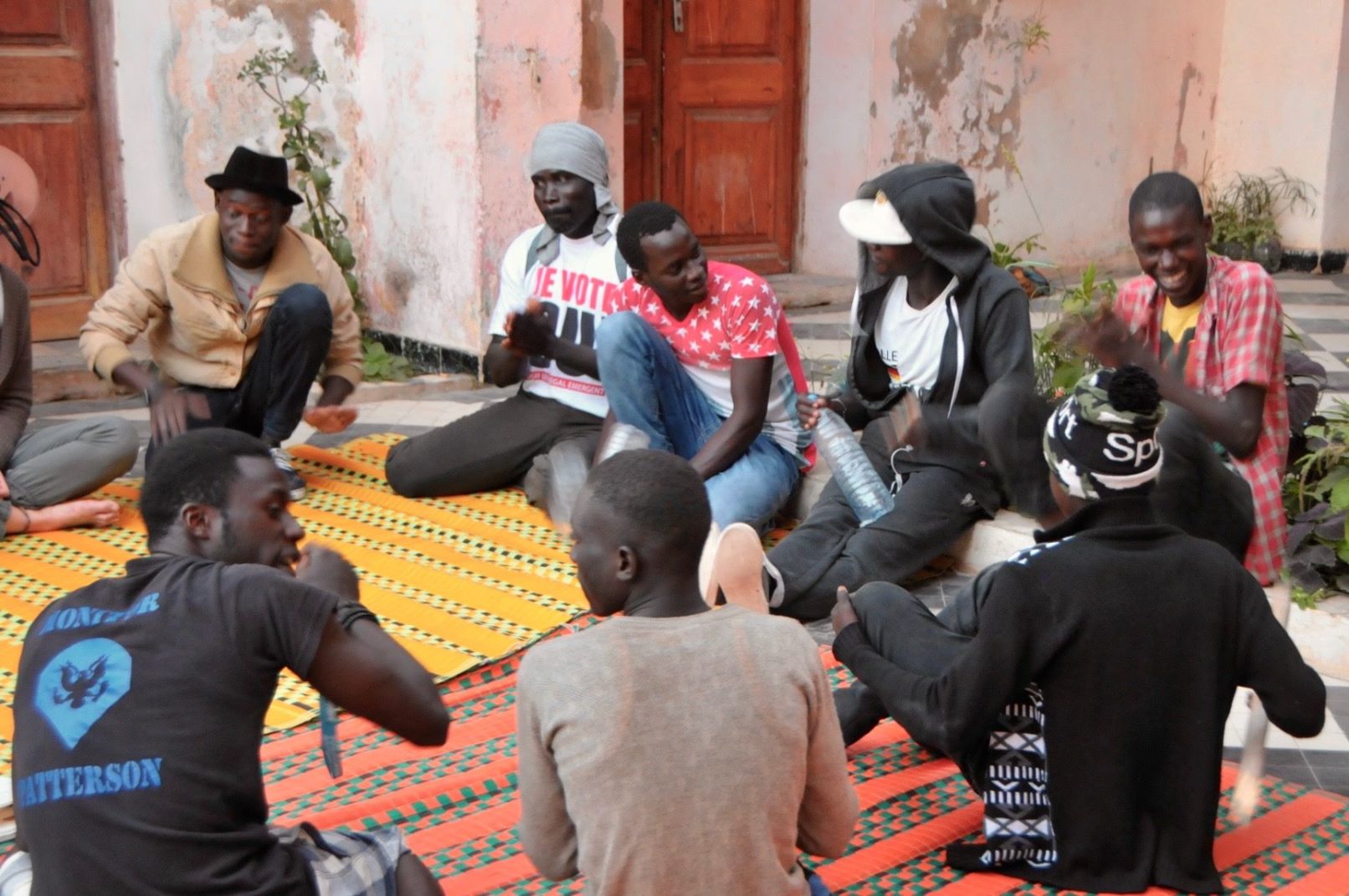 Mirangula
Body in the Library