A stunning orchestra of alien sounds, at times difficult to believe they emanated from human bodies.
The work ebbed and flowed in intensity, ranging from light breath work, to soft rain sounds, to the cacophonous screeches of exotic animals and the razor blade noises of inorganic materials.
What interests Wollny most is “how such actions, when made by a group of people, change the quality of sound from obvious to indefinable: how timbre becomes a dominating factor.”
And, indeed, most sounds were abstracted from their clear referents. Though one might try, the experience becomes less about discerning a recognizable soundscape—a forest, for example—and more about allowing the experience of sound to wash over the body. The audience is prompted to reconsider its relationship to sound, relinquishing the categorical impulse to associate sound with phenomenon, and instead surrendering to the psychosomatic experience of abstract noise.

Psychedelic choir, initiated by Zorka Wollny in 2019, is a group of Berlin – based improvisers:

Leah Buckareff – Canadian musician, currently based in Berlin, Germany. Since 2005, she has been the bassist in the duo Nadja, with whom she has released multiple albums on such labels as Alien8, Important Records, Conspiracy Records, Hydrahead, and Daymare Recordings. She has toured extensively around the world, including performances at such festivals as FIMAV, Unsound, Donaufest and CTM.

Lyllie Rouvière – dancer, choreographer. She dances with Doris Uhlich, Boris Charmatz, collaborates with Julian Weber and Suddenly collective as well as making work in a variety of formats such as video and performance. She continues to explore interactions between space and body by singing recently with Colin Self, gathering voices and Psychedelic Choir.

Karoline Strys – performance artist working on the shore of voice, dance and text. Her work is characterized by a philosophical perspective that is permanently engaged in the complexity of a possible translation into and out of the body, regarding the interrelation of different modes of performativity and always with a focus on the specificity of listening. She is the co-founder of the make a move collective – a site-specific performance group working with elements of contemporary dance and parkour in urban architecture.

Irina Gheorghe works primarily with performance, in combination with drawing, installation or video, to address the tensions which appear when art aims to speak about things which are beyond our possibilities of observation, from extraterrestrial life to hypothetical planets. Her recent work explores the notion of deviation as a technique of estranging the everyday. Irina also works with Alina Popa as part of the artist duo The Bureau of Melodramatic Research to investigate how passions shape contemporary society.

Florence Freitag is working as performer/dancer, voice-&video artist, writer & curator. She is part of queer feminist Altes Finanzamt e.V., where she hosts a bi-monthly performance series, as well as the group gathering voices. She is co-founder of TanzRaumGörlitz and transatlanticbirdscrew collective, practicing embodied thinking and reflecting upon sensorial and sensual ways of being in the world. Her voice work brings attention to inner and outer landscapes, recently working with and for Federica Sosta, Lisa Stewart, Ashley Fure & Lilleth Glimcher a.o 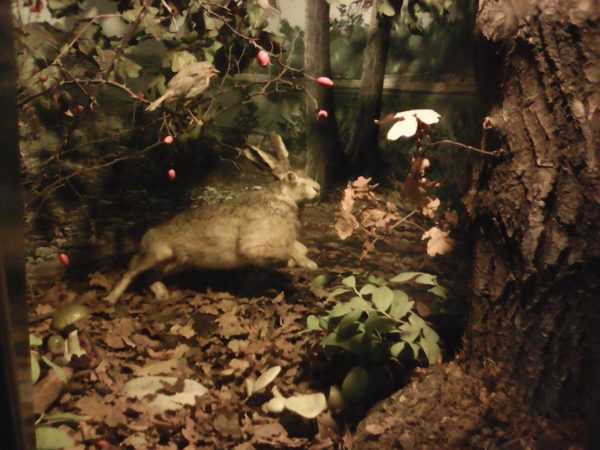